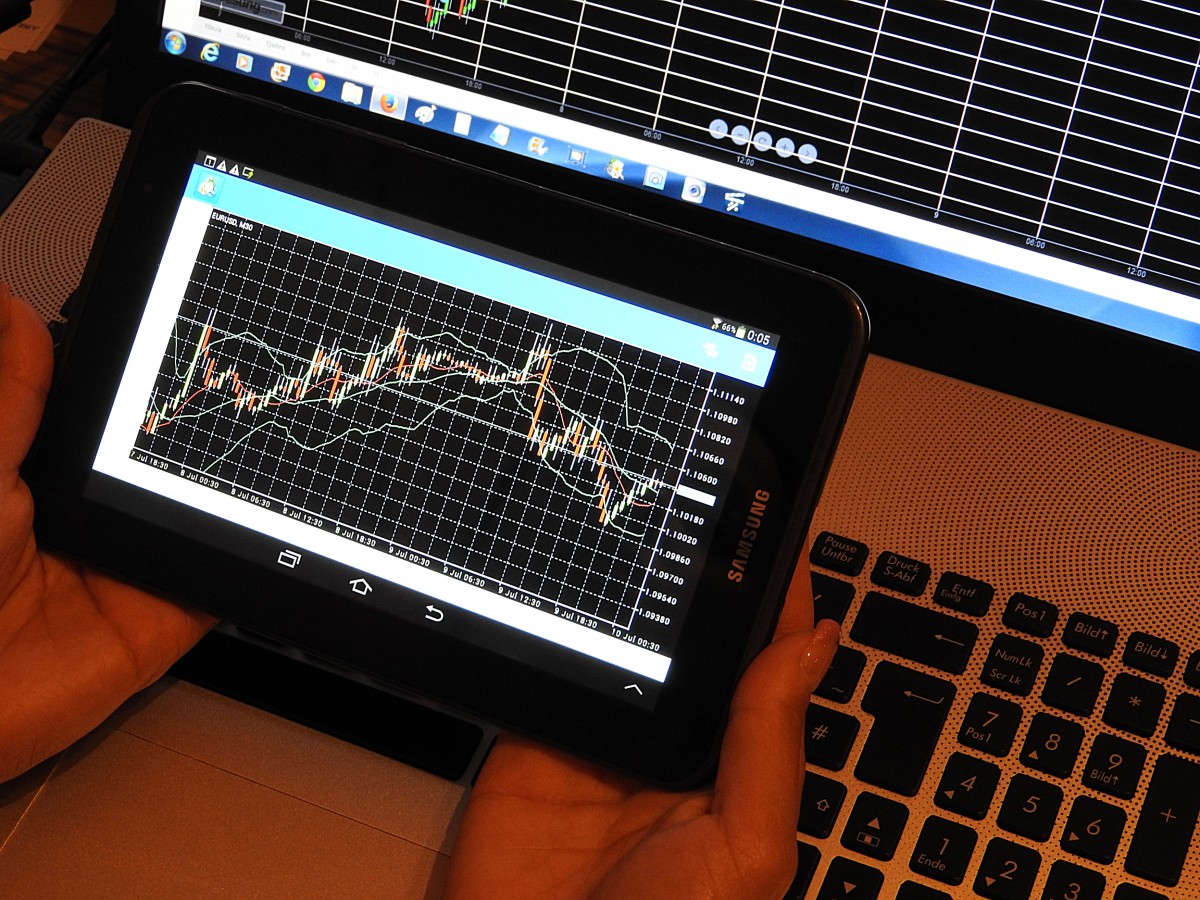 Breakout trading strategies are used when entering the market while prices have broken through resistance/support levels. There are various different breakout strategies and they're employed in all financial markets.

Breakout strategies are particularly common among newbie forex traders, because they are simple to understand and carry out. The basic idea is to enter the market the moment the price breaks through the channel and begins trading outside it. A frequently used technical signal for spotting breakouts is the Bollinger Bands indicator.

When the price breaks higher than the upper or lower Bollinger Band, it is observed as an increased chance of a breakout.
In its most basic form, a breakout trading strategy requires placing a buy stop or sell stop either above the resistance or below the support level. A buy stop is an order for a long position that is mainly filled when a particular price is reached. A sell stop order operates the exact same way, but in this specific case a short position is opened when a given price is reached.

Example Of A Breakout Trading Strategy

There are typically two kinds of breakouts, the continuation breakout and the reversal breakout.

Naturally the reversal breakout is scarcer than the continuation breakout, merely because trend reversals on their own are much less frequent than the continuation of an established trend after a (usually short) period of consolidation.
You can find all sorts of breakout trading strategies, both for the intra-day trader and the long-term forex trader who puts on positions for weeks, months or perhaps years.

The most significant sign of the breakout trading strategy is that the currency pair has to have departed the channel it had been moving in. To identify the range of the channel you have to check out its resistance and support levels.

There are numerous techniques to gain knowledge into the resistance and support levels, the most basic of which is open to everybody.

For example, take a candlestick chart of the 10 minute EUR/USD (where every candle symbolizes 10 minutes).

Now examine the high and low for a period of about 20 – 30 candles, and decide if they have been reached (but not broken) multiple times. If the answer is yes, you could claim that short term resistance- and support levels are established by that respective high and low. If this high or low is broken, it would be a breakout.

The central element of each breakout trading strategy is joining the market when the price breaks through a certain resistance or support level, i.e. from its ‘normal' channel (remember the Bollinger Bands). Breakthroughs like that can be the start of very profitable trades.

So how come breakout trading strategies aren't the holy grail of trading systems either? The answer is clear: because not all breakouts push on. Believe it or not, most breakouts don't push on. So called ‘false breakouts' break through resistance and support levels, but are unable to hold on to their energy; they can't force a continual break. (a few traders say that a break is a break when the price goes through a resistance/support barrier, but most traders create a differentiation between technical breaks and sustained breaks).

In particular, when the EUR/USD has been incapable to break the 1,4448 in two consecutive attempts but the third time a brief spike pushes it to 1,4451, does that suggest resistance has been broken? Technically yes, but nearly all of the time the resistance will still jump into action and drive the price back, since many traders put on positions against the breakout the moment resistance/support has become broken. Trading strategies depending on this are known as breakout fading strategies, because they hypothesize against the path of the breakout.

Certainly you don't want to open a position intended to gain from a breakout when there is a huge chance of it being a false breakout. To reduce this chance you could initially test if the breakout is real. The two most frequently used techniques for this are secondary resistance/support levels and role reversals, which we will be looking at now.

It's very typically the case that the price pivots around recently established support/resistance levels, but each time there is a bounce off (i.e. the price touching, or nearly touching the limit, but not breaking through) it's a much better sign that the new support/resistance is set up and the breakout is real.